This post  is a modified reprint of an article written at the request of the editor of EDvance for North Shore Community College.


It may be tempting to think that developmental writers need more of us (us = writing teachers)—more of our attention, our direction, our evaluation.

What these students really need is more experience with intrapersonal communication or writing to the self, and the intrapersonal requires us to step aside, requires our exclusion. We need to teach students to draw the privacy screen between us and them more often.


Some conversations about writer’s block presume a baseline of ability in order for a block to occur. We may think that developmental writers can’t suffer from writing blocks because they lack fundamental writing abilities in the first place—in order to have blocks, an individual must have abilities to be blocked.
In contrast, I believe that everyone experiences writing blocks in the neutral sense of changes in the state of fluency; these changes can take the form of Don Murray’s “necessary delays” or Keith Hjortshoj’s “microloops” in which we tend to recursively prewrite, compose, revise, and edit unless we are freewriting.

Any writer or student, no matter the stage in education or career, is at least somewhat interested in fluency—or the speed and ease with which words can be produced. Fluency is the desirable working state of the writer. A so-called developmental student may not think they're entitled to fluency--believing that they have too many other writing issues.


If we accept that all of us have a writing process made complicated by stops and gaps, backtracking and reading over, the converse must be true: that a great unifier is fluency, that all of us are capable of passages of fluency. For blocks to exist, for delays and detours to happen in the writing process, a baseline ability to consistently use words with oneself must also be the case. Rather than what blocks us, I am interested in how all of us exist when we are writing in a state of flow.


Fluency is an unlikely achievement if there is a break-down in the writer’s intrapersonal or inward communication.

The primacy of self-communication was made clear in the context of psychological counseling in Carl Rogers’ seminal 1951 essay, “Communication: Its Blocking and Its Facilitation” in which Rogers proposed that a person cannot communicate optimally with others if she is not in communication with the self. To help these struggling individuals, one should listen to them without evaluation, to “listen with understanding” in order to guide them first toward a more cohesive self-communication which then can manifest in more effective communication with others.
By and large, everyone needs to be trained to access the intrapersonal when writing because most of us have written for teachers for the bulk of our composing lives. This is certainly the case with current students (though more and more adolescents are voluntarily writing, sans assignment, for the Internet).
Students are not free to converse with themselves because they believe they are conversing with teachers—even when the teacher is decidedly not in their dorm rooms at 11 PM, perched on their institution-supplied desk and giving advice. In the setting of psychological counseling, the client can rely on the therapist to establish a non-evaluative environment conducive to the intrapersonal; this is standard practice in therapy, but it is not completely the case in writing education.

With writing instruction this set-up needs to still be explicitly implemented as part of the teacher’s pedagogy since the intrapersonal and private writing often receives short shrift in academia.

For example, Peter Elbow (whose work has long advocated private writing) in “Closing My Eyes as I Speak: An Argument for Ignoring Audience,” has pointed to this deficiency of the intrapersonal in standard writing education: “many writing teachers seem to think that students can get along without the private writing serious writers find so crucial."

James Moffett and Janet Emig attributed the cause of poor student writing to a failure to enter into inner dialog and suggest that formal education fails to teach students methods to do so. Similarly, Linda Flower argued that writer-based prose (or text which makes minimal concessions to an eventual reader and which resembles inner speech) represents a major functional stage in composing and therefore should be taught.


The benefits of intrapersonal for students are manifold. For one, the intrapersonal is a place to be authentic, to use what Elbow calls “real voice” in a type of communication with the self that provides wholeness.

The intrapersonal is also an opportunity to truly test out ideas, to do some real drafting and exploration, without concern for standards or limitations--what's called "low-stakes" or "informal" writing and is important for "writing-to-learn."
In addition to being a safe environment for invention, the intrapersonal is a site of abundance due to its constant change. It is the nature of our inner dialog to be constantly in flux such that what seems a bad idea in one moment will surely change in another moment as a new idea, image, or heard phrase arises.
Additionally, by paying attention to the intrapersonal, a student can gain a more accurate sense of the negative self-talk he or she engages in about his or her ability. Internal conversation or rhetoric often helps us persuade ourselves before persuading others (Nienkamp)—including about writing ability.
Finally, the intrapersonal is hardly a milquetoast activity and instead fosters great activation of self in the student-writer—or what we commonly call engagement. In discussing the creative state of flow, Mihaly Csikszentmihalyi points out how “the optimal experience involves a very active role for the self” which is different from self-consciousness that keeps stumbling over the ego. When students to write privately and for themselves, they start to notice how often their writing has been for teachers, and the act of writing for teachers is no longer naturalized; as Elbow says, this provides students with “a bit more space for choice and agency."
Logically, teaching the intrapersonal fits with long-term educational purposes. We are not a factor in the rest of their lives—but their selves are a persistent factor in the rhetorical situation of writing.


Ways to implement intrapersonal lessons in our classes include asking students to do more freewriting—especially private freewriting—disposable writing, and even meditation. Helping students to understand when an audience is hampering their writing and taking measures to gain distance from intimidating audiences is also crucial, as Elbow has so artfully detailed.
Along those lines, I developed a writing assignment for my Basic Writing course: the “Contract Project.” The next post will feature this activity.


Elbow, Peter. “Closing My Eyes as I Speak: An Argument for Ignoring Audience.” Everyone Can Write: Essays Toward a Hopeful Theory of Writing and Teaching Writing. New York: Oxford University Press, 2000. 93-112.


---. “In Defense of Private Writing: Consequences for Theory and Research.” Everyone Can Write: Essays Toward a Hopeful Theory of Writing and Teaching Writing. New York: Oxford University Press, 2000. 257-280.


Nienkamp, Jean. Internal Rhetorics: Toward a History and Theory of Self-Persuasion. Carbondale: Southern Illinois UP, 2001.

A Way to Acclimate to the Unconscious

One activity to provoke the unconscious to rise to the surface involves looking through your older notebooks and writing journals. ("Older" could mean a notebook from five years ago or one from last week.)

Flip through the pages casually, with no serious intention, no preconceived notion of outcome or benefit.

As you're reading your own pages, jot down any alternative phrases or word choices which come to mind. Emphasis here is on "any": avoid judging what surfaces.

For instance, this morning I was reading through one of my writing notebooks and for the phrase "Organizing thought" I heard the alternative "origins of thought." With a different colored pen, I jotted down the second phrase--complete with its absence of caps: the exact way it appeared to me.

Right now, it looks like a hum-drum change, but who knows? More often than not, these second versions become the seeds for a piece later down the line.

When language changes its sound, it's like following the shadow of sound, the trail of ellipsis that follows many words (our own and those of others). Words are like musical notes in that they have the potential to vibrate for several moments after utterance. Behind pronunciation lies connotation; behind connotation lies the unconscious.

Searching for what's inside that elliptical shadow, that vibration of pronunciation, is a way to find the material of the unconscious. This strategy can be used in any genre and even during scholarly pursuits. For the operations of every writer's mind involve games of chance and walks down hallways built around indeterminacy. Even a thesis statement has a potential maze behind it.

One side benefit of trying this activity is that it acclimates us to the unconscious. First, it allows us to coexist with what might seem "strange" thinking. Second, it helps build our capacities as writers to accept material which arises in the moment.


* Image provided by
CAYAPK9A
Posted by Alexandria Peary, MFA, MFA, PhD at Saturday, May 24, 2014 No comments:

Repost: How to Make Contact with Your Inner Dialog 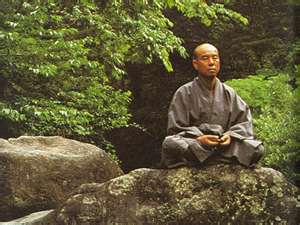 To become a more mindful and in turn a
more productive writer, get in touch with your intrapersonal communication—that inner “babble” of phrases, images, questions, and sentences that's part of your ongoing self talk.

That inner talk is where you can find ideas for writing as well as the energy to continue writing projects.


Of course, meditation helps with this. Meditation is about noticing that self-talk--its nature and its consequences. When we talk to ourselves, the main topic is Comfort. We sort our experience into categories of good, bad, and indifferent in the misguided but all-too-human attempt to make experiences comfortable or pleasant.

Some of my writing students struggle with mindfulness--saying they are unable to notice when their minds depart from the present moment. As a result of not noticing mindlessness, they can't really hear their internal conversations, and they don't know what it might mean to use that awareness to write.

To help those students, I devised the following exercise. I hope it might be of some use to you. The first 10 steps are the set-up for the exercise.


2. Put a piece of paper and a pen or pencil beside you.


3. Sit gently upright, hands resting either palms-up or palms-down on your knees.


4. Scan your body for its feelings: where are you tense?


5. With eyes gently focused on a spot a few feet away, begin watching your breathing.


6. Notice the sensation of the breath entering and leaving your nose.


7. Notice the sensation of the rise and fall of your torso.


10. Continue to put your attention on your breathing.


Whenever you notice that your mind has wandered from watching your breath, briefly turn to your piece of paper. Jot down one of the following:


ü EVALUATION (for any thought that judges your present circumstance—for instance, whether you are pleased, irritated, or bored with the Now)


Do this notation fairly quickly. Don’t make a big deal of it. After you note “future,” “past” or “evaluation,” return to watching your breathing.

The next time you find that you’re no longer watching your breathing, return to the piece of paper and again record one of those three words.


After 5-10 minutes, if you’re like the rest of us, your sheet is probably one long list of distractions.


If so, you may be well on your way to tasting mindfulness. Maybe more importantly, what you succeeded in doing is shaking hands with your own inner conversation.

Next time, watch that conversation and ask it a question about your writing. A good start might be, “What would I like to write down, right now, in this moment?”Or, “What do you have to say to me about Idea X?”