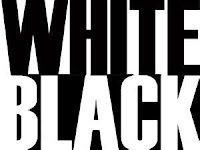 Simply stop thinking dualistically about writing and sit back and observe what happens.


Much energy is expended in trying to coerce ourselves or others to write because we perceive the W word as an accomplishment.  We grasp the goal of writing.


It is often presumed that wanting to write is a positive quality in a person. We tend to think that it’s good when students, for instance, want to write their assignments or, seemingly better still, want to write on their own, independent of any homework.  We say, “good, this student likes writing,” if we are a teacher or their parent.  It’s considered good when we ourselves feel willing to complete a piece of writing within a deadline.  It’s perceived as positive when others embark upon a project of any genre.


When we praise another person’s writing ability, in general, we are actually chasing after one of two qualities, either self-expression or self-discipline.  In the case of self-expression, we operate as though there exists inside each person’s life an experience or emotion that can only be released through writing.  For ourselves, we may feel deeply frustrated while trying to release that uniqueness because we believe that writing about our experience is our sole chance.  This scenario sets most of us up for the false belief that the ability to self-express is only possible for a few either extremely hard-working or talented individuals.  Not us.


It would be cruel if only a select few individuals were capable of the satisfaction of self-expression.  This notion is both limiting and false, since all of us born with healthy bodies do possess as a common denominator the ability to use language on an everyday basis.


On an everyday basis, most of us speak and write, and we are all fluent—not jammed—users of words.  In some Buddhist traditions, everything and everyone has a Buddha-nature, or the opportunity for enlightenment.  Revered Zen monks used to call each other derogatory names such as “old rice bag” to remind themselves that enlightenment is this universal ability, not just something in high-ranking religious officials.  Likewise, each of us is completely capable of creating “verbal gold”—phrases, sentences, paragraphs, and whole texts—which make us feel proud and assured.


When we praise the self-discipline of a successful writer, we are causing as much harm to ourselves as creative spirits as when praising self-expression.  To admire discipline in the abstract is to remove writing from the present moment and—by extension—to further eliminate any chance that one will be writing at any time soon.


You may have encountered a stranger at a dinner party who says, “Oh, I have tons of great ideas for books I could write, but I just lack the self-discipline.”  Individuals who admire self-discipline in another are less likely to be really driven by a desire to write than the person who admires self-expression.  These I-wish individuals are likely hoping that discipline could be grafted onto other areas of their lives, such as dieting or paying off debt.


When writing is liberated from our systems of judgment and the binary thought pattern of good/bad, we are also liberated.  We are free to either write or not write, thereby opening ourselves to the countless possibilities for human activity.


It’s okay to bake those chocolate brownies instead of writing.  It’s okay to go play with your son and then do the work you’ve brought home from the office.  Writing is just one activity of hundreds.


Poet William Stafford said that lowering one’s standards will help a writer do the text.  Take that advice a step in a new direction and cut back on your notion that even trying to write is a good attempt.  Lower your standards that far.  What’s funny is how achieving this non-dualistic thinking often allows people to start writing and keep at a project.


Simply stop the dualistic thinking about writing, and sit back and observe what happens.  See that these binary categories about writing are absolutely meaningless.  Not only are they meaningless, but in the end they will prevent you from writing as often as you want.


Trust me, it absolutely does not matter whether you finish that novel, memoir, poetry collection, volume of literary theory, historical documentary [insert your genre here] because writing is neither positive nor negative.  If you feel anxious at the idea in the previous sentence, inwardly you still cling to the dualistic notion that writing is a positive occurrence and that not writing is a negative occurrence in your life.