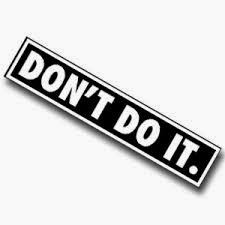 Teachers assign drafts; I assign drafts; students write drafts; I've a dozen of my students' drafts on my laptop screen right now; professional writers finish supposed drafts. At the same time, in my own writing practice I don't "do" drafts. Well, for the most part.

Once again, I see a schism between how I teach writing (how most of us teach writing) and the actual way I proceed with my own writing.

We are far better off these days, of course, for all the important practices provided by the process theorists beginning in the early 1970's and 1980's. Process theorists really helped make writing a human activity. Before process theory--with its emphasis on pre-writing, drafting, feedback, and revising--people were put in an odd bind. Since their student years, they had been told that writing was a mysterious, mostly unteachable act; at the same time, high-stakes writing was expected of them and carried consequences for their grades and success.

Instead of discrete drafts, for most of my work, the progress from inception to final version is far less delineated. Moment by moment a text underway changes without clearly naming its stage of development.

What connects one writing session to the next and gives a text its presence is not the official announcement of a draft but instead an ongoing discussion with myself about process. In my creative writing and scholarly notebooks, I consistently include discussions of how I am feeling about the text, how I physically feel, details about my surroundings, questions, observations on how the text might connect to other projects, goals and wishes.

Self-discussions about your writing need to be nurtured as much as any other part of your writing.

I value those process entries as much as I value jottings about content or passages which are actually typed up. If I find myself only making process observations, I don't judge the session as any less productive as one in which I actually complete a poem or article. My notebooks are full of content that doesn't directly pertain to a task at hand and that doesn't directly yield publication.

Which brings me to another classroom technique, one I regularly use: the process note.

Process notes are discrete accounts of the steps involved in completing a task, including discussion of invention, drafting, and feedback. They're fabulous for fostering novices' meta-cognition; they make conscious certain choices that were made along the way of completing a text. Process notes can be assigned at any point in the completion of a document, and they can be graded or ungraded. Paradoxically, this use of process notes makes process more product- than process-oriented. Next semester (or maybe even next week--I am eager to try this out), I will ask students to keep a private process journal along the way rather than turning in unified process paragraph at the end.

Drafts are really a performance for others. They represent that moment in which you are ready to share your work with a writing friend, colleague, teacher. A draft means that you've tidied up your intrapersonal dialog for the purposes of inviting them in, giving them the chair of at least a modicum of organization and sense to sit down in and be comfortable.

So a draft could be redefined as the moment when your self-conversation has shifted to a conversation with others. In their turn toward the external and interpersonal communication, drafts are invaluable, but the idea of a draft should never be allowed to paint its boundary lines around the expansiveness of internal production.
Posted by Alexandria Peary, MFA, MFA, PhD at Wednesday, October 22, 2014 No comments: