Your Ability to Write is Always Present: Part One 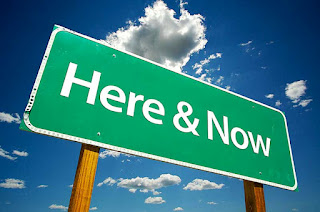 A person’s ability to write is always present.  If a literate individual is conscious and breathing, this person can write at any moment, in any place, whether through paper and pen, magic markers, typing into a keyboard, or speaking into a voice recognition program, or some other primitive to advanced technology.
And yet one doesn’t have to look far to find people who admit, often with great pain, that they are unable to write—students who can’t turn assignments in on time and who profess to hate writing courses, book-less colleagues who worry about tenure, friends who twist themselves into knots trying to deal with a New Year’s resolution to write a novel.  What’s going on?
Sure, one can form letters and words, the skeptic might say, and there’s nothing stopping one from writing random words, nonsense, trite, or even copying the words of others.  It’s obvious that a freewrite or a person’s to-do list wouldn’t cut mustard with a prestigious journal.  One could just copy the same word a hundred times like a doodle in a grade school notebook.  Following the words in one’s mind like an ant wandering over a counter top won’t result in a book contract—or would it?
One can go through the mechanical motions of forming words, but is that writing, and more importantly, is that good writing?

Ah, there’s the rub.  In that question, one can find the entire situation of writing.

Inside the square of each moment is an Eden of words.  Each moment is a moment abundant with language called discursive thinking, “monkey mind,” or intrapersonal dialog.  In point of fact, we are incessantly using language with ourselves.   (Freewriting, a strategy of non-stop writing, offers a type of screen shot of that discursive mind at work: with the caveat that freewriting as a mechanism promotes as well as captures that discursivity.)

The person who wants to write with ease and fluency needs to do things: first, he or she must notice that discursivity and, second, he or she must fully accept, at least initially, what is found there.  Issues of goodness must be entirely put aside until a later stage in the writing process.  Exactly how late is dependent upon the individual and also varies within the same individual according to the particular writing task.

If we agree that any of us could start writing something right this very moment—the flotsam of phrases in our heads, a grocery list, the first sentence of a tricky email, the words “present moment” or even our own name over and over—logically, we would have to ask why people ever experience writer’s block.  As we have stated, the quickest retort will be that everyone can record the words in one’s head, but that doesn’t guarantee a person will come up with good, applicable ideas.  After all, when people try to write, they seek to either generate new ideas or address a particular writing task and rhetorical situation.

So what I would point out is that our typical response to the notion that one’s ability to write is always present shows that what we are engaged in is an argument of quality—that we are implicitly engaged in defining “writing” as producing quality: an assumption that warrants closer examination.  For as soon as we are concerned with the quality of our texts-in-production, we have initiated another cognitive engine: that of evaluation.


Picture a sliding scale with “quantity” posted on the left side and “quality” on the far right.  As one pushes the bar of one’s thinking over to the quality side, one has also pushed oneself closer to evaluation.  Yet who exactly is evaluating one’s words as one writes them?  This chimera—this red-pen holding apparition—cannot be explained away as one’s audience.

If, on the other hand, one pulls that bar over from quality to quantity, something happens to one’s experience of writing.  That is, if how we define what it means to write is more an argument of quantity rather than quality, the bar is moved closer to the self and farther away from the audience.  This relationship between self and the number of words we produce—namely, that the more words we produce, the likely closer we are to ourselves and less close we stand to any audience—reflects the natural verbal abundance in all of us.

In order to produce abundant writing in a short time, one needs to be attuned to the flow of intrapersonal conversation, that ongoing river in our heads in every waking moment, a flow of language that becomes intensified when formalized by a recording of it.  Pushing the bar closer to the self is a move that can capture natural discursive thinking.


Two welcome developments occur when one notices the language-covered present moment.
Quality ideas inevitably happen because of the impermanence of each moment: hundreds of moments will pass before one’s inspection carrying countless phrases, concepts, images, and ideas, like a boxcar decorated with fascinating graffiti.  Certainly, much insignificant material will transpire, but the sheer quantity of our discursive thoughts, the sheer amount of fluctuation in our thinking inevitably turns up something of worth when tracked with the mind’s eye.

With discipline (defined as the ability to sit still and watch the passing of one’s discursive thought), a good idea, a bona fide keeper, will eventually come along if one is attentive and receptive.

The second development for the writer is that he notices, perhaps for the first time, the delicious vacancy of the moment of writing.

For the most part, one can trace an individual’s success or lack of success in writing back to that person’s relation to the present moment.