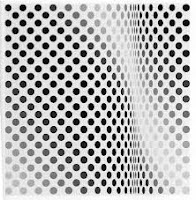 Here's a very simple way to observe mindfulness happening while writing: make use of the lag time between having a thought and recording a thought.

1. Record precisely (same wording, same punctuation) a phrase or sentence that comes to you. Watch the bit of writing arrive and then either hand write or type slowly, watching yourself record it.

2. Notice all the sensations of writing the bit of language down: the movement of your typing fingers, the pen gripped, the palms face-planting on the warm laptop surface. Notice your breathing, of course.

3. Record the bit of writing precisely as it arrived despite alterations that will almost immediately appear in your mind and on the surface of your breathing. You'll probably hear qualifications, edits, versions, second thoughts, and follow-up notions. They are happening because your intrapersonal or internal voice has been engaged and is reacting.

4. After you've completely written down the bit of writing as it originally appeared, jot down the other reverberations, but don't edit any of the material.

5. To record a phrase or thought exactly as it originally appears means honoring the moment.

6. This activity is a "perfect storm" of mindful writing. It can make you more aware of the present moment and also of the next moment and (because we are writers) all the content that both situations provide.

7. Another outcome from doing this activity is that all-important separation of creating from editing.

8. Yet another is that you're practicing acceptance (a form of writing grace) by continuing to faithfully record a thought which by now has been amended or added to.

9. This activity is very simple and takes a few seconds. It provides a compact experience of mindful writing.

10. Repeat, not worrying about cohesion (not yet).