You Write Twice Each Time

Each time a person sits down to write, two texts (minimally) happen, one of which has received nearly all of our attention while the other has been largely overlooked. 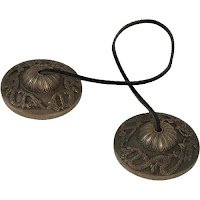 One text is noticed, pursued, and distributed, made visible and external, while the other operates invisibly, mostly outside anyone’s notice, including the writer.


The first text is part of an external, interpersonal rhetoric that has been studied and taught since the beginnings of writing education. It's the one that's presumably shared with others: the one that has other people as readers.

The second text is part of an internal, intrapersonal rhetoric that always occurs alongside the external. It usually remains invisible to other readers, and it may be more heard-in-the-head than actually transcribed. The second text is in fact formative to the first.

Internal writing is actually the primary text because it precedes any external rhetoric which is inevitably the second to be produced. Internal rhetoric is also the most immediate discourse available to a writer: the first on the rhetorical situation scene, its shaping influence on subsequent externally shared writing should not be underestimated.

This inner babble that all of us entertain on an ongoing basis, whether or not we’re particularly aware of it, really is a type of rhetorical constraint and directly applies to the writing situation because it evokes audience, generates content, and affects our perception of purpose.

The next time you write, see if you can sense the two texts you are creating in tandem.